To ensure the system's smooth operation, blockchain technology combines various technologies under one roof. It includes mathematical computation,  cryptography, game theory, peer-to-peer methods, and validation protocols, which essentially join to power blockchain transactions. Because blockchains do not have a central governing authority, all transactions must be robustly protected, and data must be securely stored on a distributed ledger. And for this, blockchains have a  layered architecture due to which they can facilitate a unique way of authenticating transactions. In the blog, four layers are involved, each with its distinct functionality. Now that we know the importance of all layers of blockchain technology let us dive right in and understand the architecture and what each layer does.


What is Layer 0 Blockchain?


Blockchain Layer 0 consists of the hardware and equipment required to run the network and the consensus mechanisms without any glitches. It also includes the internet connection used for blockchain network communication. It is a network framework that works under a blockchain. It comprises protocol connections, hardware miners, and everything else that forms the blockchain ecosystem's foundation. It is considered the first layer to host an alternative to smart contracts. This layer is standard across all blockchains and allows them to function, also allowing cross-chain interoperability with all layer 1 protocols like bitcoin, Cardano, Ethereum and more layer 0 blockchain protocols, giving users the ability to build blockchain-based businesses and apps, validate data sources mint new cryptocurrencies and provides a more straightforward solution to scalability without affecting other protocols in a single ecosystem.


What is Layer 1 Blockchain?


Layer 1 is the blockchain itself. It's a set of solutions that improve the base protocol, layer 0. In this system, you have to think about layers. They're all on top of each other, one complements the other they're not dependent on each other. For example, crypto layer 1 does not depend on layer 2, but layer 2 depends on layer 1 crypto coins in certain aspects to make the system much more scalable. How is scalability tackled through this? The answer is through consensus protocol and sharding so a layer 1 blockchain can run on either proof of work or proof of stake consensus protocols. So bitcoin and Ethereum are considered layer one blockchain list. However, the problem is that a layer 1 blockchain protocol has to sacrifice one of the three founding principles of a blockchain: Security, scalability or decentralization.


For example, bitcoin is secure and decentralized but needs to be more scalable. Remember that these blockchains are limited by speed and due to the number of users, this is the reason why scalability is essential. Most layer-one blockchains are trying to resort to sharding to solve their scalability issues, like Ethereum with Ethereum 2.0; however, how will that work and how it will solve scalability which also has its limitations?


The project's team of developers is frequently in charge of presenting Layer-1 networks. The community would then typically require a hard network fork or a soft fork based on the scalability solution and some minor compatibility changes. An important example is the Bitcoin network's SegWit update.


The much more significant changes, such as raising Bitcoin's block size to 8MB, necessitate a hard fork. The hard fork on its own resulted in two variants of the blockchain, including one and another without updates. Sharding is another method for increasing network size. It is accomplished by dividing the blockchain's operation into smaller parts that can process data concurrently.


What is Layer 2 Blockchain?


Layer 2 blockchain protocols or it is referred to as layer 2 solution blockchain, are built on top of the base layer, that is the blockchain you think of smart contracts, crc20 tokens, as they are all running on layer 2 crypto that act as third-party integration that works together with the original blockchain but removes certain aspects from the base layer so offering off-chain solutions but not affecting the structural integrity of the original like when erc20 tokens are built they do not affect the Ethereum network or other sites to it again layer 2 protocol blockchain tries to solve scalability issues like a significant upcoming example which is bitcoin lightning network now there is more to how blockchain layer 2 work with state channels roll ups side chains.

There are two forms of rollups - zk rollups and optimistic rollups. Again the following few sentences are high-level overviews of how they both work. zk roll-ups are much faster and much more efficient roll-ups that combine a bunch of things you want to do on the blockchain into one rolled-up thing; however, they can't use smart contracts. On the other hand, optimistic roll-ups have their bright virtual machine, which allows them to do stuff with smart contracts, but they are slower and less efficient. Either way, these roll-ups are rolling up a bunch of transactions into a single transaction, and then they can push that to the actual blockchain.

Sidechains act precisely how you think they would act. They are secondary blockchains that run parallel to the side of the main chain and use the resources they have to offload the work. They can steal or borrow information from the main blockchain and then use their virtual machine to execute smart contracts or validate transactions and then send the data they have back to the main blockchain for security reasons. A side chain cannot operate without its parent chain, but a parent chain does not need a sidechain in the case of Ethereum thematic, or the polygon network is a side chain.

Plasma uses child chains, sometimes called plasma chains, which have their child change so that they can broadcast essential operations to the main chain. For example, the United States are divided into federal and local systems. There might be super crucial national news, such as when the President signs an executive order, or local news, such as when your cousin wins valedictorian well. Both are important information that should be recorded; however, one of these might warrant a 10000 photo shoot and 50 new articles about it thinking about child chains.


What is Layer 3 Blockchain?


Layer 3 blockchain protocols enable dapps, such as decentralized finance. Consider defying games or distributed storage apps. These applications also include cross-chain functionality, allowing users to access multiple blockchain platforms from a single app. While some other blockchains have an extensive collection of layer 3 applications, the bitcoin blockchain has none of them. Some projects attempt to bring layer 3 functionality to the bitcoin ecosystem using apps designed on bitcoin forks. However, these apps are still based on their blockchains, not on the core bitcoin blockchain so keep that in mind. The long goal of layer 3 is to accomplish the idea of interoperability of blockchains where blockchains can interact with each other and achieve IoT or the internet of things.


The primary difference between layer-1 and layer-2 blockchain scalability solutions is their role and emphasis on the blockchain.


Layer-1 exists to improve blockchain architecture, whereas crypto Layer-2 exists to build third-party networks on top of the main blockchain.


In large-scale upgrades, Layer-1 protocols crypto can provide the most effective solution. However, this method requires convincing the validator to accept changes via a hard fork.


Layer 2 is a quicker way to increase scalability. However, using third parties may cause users to lose the level of security provided by the original blockchain.

To get the best solutions, hire a blockchain developer from Reveation Labs. Our developer utilizes agile methodologies for software development and provides robust scalability solutions for blockchain latency reduction. 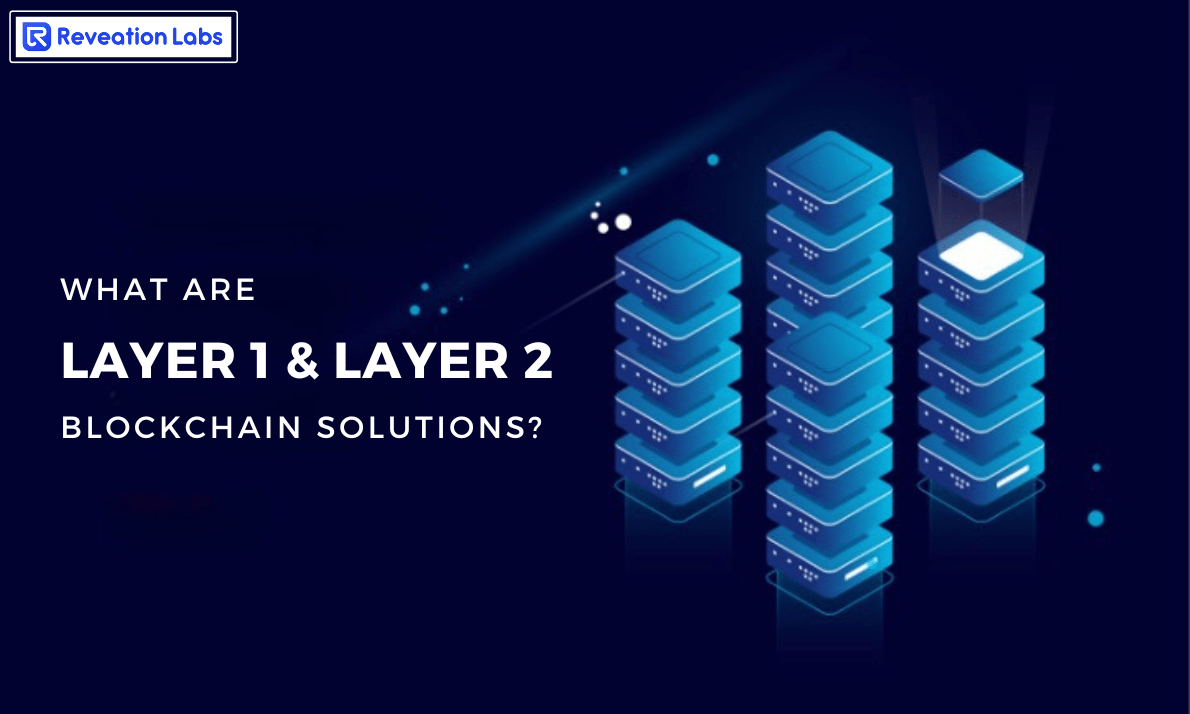 Layers 1 and Layer 2 blockchain are simply two sides of the same scaling solution. As a result, they have devised a strategy to make the blockchain network quicker and more accommodating to a fast-expanding user base.

In this article, you'll learn about different types of Ethereum's Polygon, such as zK roll-ups, plasma, and optimistic roll-ups.

In this article, we will introduce Blockchain-as-a-Service (BaaS), explain how it works, the pros and cons, and examples.

This article will teach you how Layer 1 and Layer 2 blockchain solutions work. You will also learn about Layer 0 and Layer 3.